Preim have been notified over the past few weeks that there has been an increase in commercial or organised activities occurring on the commons maintained by the TGVCIC and also reports of teenagers swimming and jumping into the water basins along The Stray.

In relation to these please see the below update:

To confirm the eastern common, western part of the eastern common and The Stray have been designed as general amenity land or POS (Public Open Space), these areas are not designed for use by organised sport clubs, football teams and other recreational groups.

As part of the TGV Design the middle common and the Western Common will have recreational sports pitches and sports pitches specifically prepared for clubs and commercial use. Whilst I appreciate these are not yet in situ the areas referenced above and marked on the plan below are for general use only. 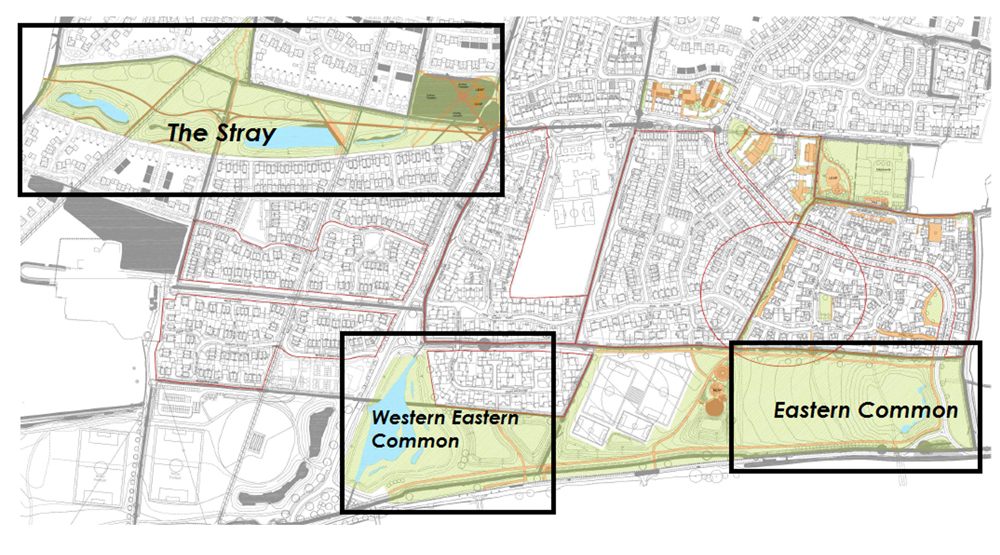 Preim are in discussions with one of the football clubs who had previously had provisional agreement to use the far section of the Western Common as long as it did not impact the residents and cause parking issues.

Preim are also aware that there are a number of clubs or teams who have started to use the Eastern and Western Eastern Common to play football on. Should residents know the clubs using these areas or their contact details then please forward these to the Preim Ltd Helpdesk, helpdesk@preim.co.uk so that myself and the Preim Helpdesk can relay the land usage details to the teams as the land areas they are using are not safe for team sports or organised usage.

There was a report that children/teenagers were swimming in the basins on The Stray and that when the police were called, they confirmed that as there was not any signage up they could not prevent the children from jumping in.

Based on this and the issues with commercial teams there will be signage installed around all of the commons confirming what the designed use is for the commons and to prevent the issue referenced above from re-occurring during the summer months. The signs will be installed at the entrances to the commons and also in suitable locations around the Basins.

Should you have any questions or information regarding the above then please contact the Preim Ltd Helpdesk.